Now, Zeus was a veteran bouncer who had worked at many clubs. He knew the basic concept of mixing two records and knew that it took focus and concentration. The owner and manager both noticed this right about the same time that they were informed that I had been knocked out. When they arrived at the booth to check on me, I was laying on the floor, and Zeus was standing next to me, watching the dance floor, as if nothing had happened.

Mike, the owner of Chrome, asked Zeus why he had knocked me out. Zeus responded, telling Mike that he was not fired and that he was staying put. As big as some of our other bouncers were, there was no way that even a group of them would be able to remove Zeus from the property. Mike went downstairs and as he was walking outside a police car was pulling out. Mike flagged them down and explained that one of his bouncers knocked out the DJ and refused to leave the club.

Because of prior charges, the officers feared resistance if they tried to put Zeus in cuffs. Mike headed up the stairs assuming the officers were in tow behind him. When the officers finally came upstairs with their backup, I was conscious and talking. They asked for my account of the story and if I wanted to press charges.

+ images about Nightmares trending on We Heart It

Nightmares Affect Up to 8 Percent of Adults

He refilled his bottle and then walked back, ignoring the snide comments that were thrown at him. When Lucas arrived back at the room, there were three additional classmates. All were sitting in a small group, and talking to each other, not perceiving Lucas's entry. Duster didn't notice as one hopped on top of a desk, something that he never really liked, nor did Lucas's often lawfully good personality. But, not wanting to put any more attention on him, Lucas just shrunk back into his desk, pulling out a blank piece of paper and started drawing again.

Soon enough, everyone started to pile into the classroom, with the noise levels desensitizing Mr. Duster's hearing enough for him to ignore the critical occurrences before the beginning of his class. This included the many incoming students who shared their morning jab at Lucas, with a few going as far as flicking his forehead. The blonde ignored the taps at his skull, since it was not something that happened every day.

And by the time all the desks were filled except for a few, was when the new kid walked in with the same old smug but dead expression on his face he had on the other two times Lucas had seen him. He gave something to the teacher, who took his time to smooth out the crumbled paper.

Duster cleared his throat before he read it in the front of the room, catching everyone's attention. He just started school here, so be nice to him," he announced. He tapped Ness's shoulder, and pointed him to the empty desks around Lucas. Ness started to walk to one of the desks as the teacher turned around and started to write something about grammar on the board, talking while doing so.

Ness's eyes lingered a bit longer on Lucas than did the rest of the room, enough for the blonde to notice the other's eye colors. They were violet—a strong violet, so vibrant and vigorous. Lucas never expected to meet someone with an astonishing eye color. Perhaps he made a mistake and the room lighting had darkened for a moment, and maybe they were pink or red, but that was still a case of eccentricity. It was at that point Lucas wished he was born with purple eyes, as the new boy must be seeing the world so differently like he was. The lesson went on, but thoughts about Ness lingered through Lucas's mind, until he realized his pencil needed sharpening again.


So, he got up and went to pencil sharpener, listening to the silent sounds it made as each spin made its way around. Being satisfied with how sharp it was, he made his way back to his desk. But when he saw a foot stick out in front of him, there wasn't enough time to walk over it. He fell onto the cold tiled floor, almost breaking his nose had he not put out his arm in time, but it quickly collapsed under his weight and he stumbled onto the floor while banging parts of his body against a few desk foundations.

Lucas let out a groan, focusing on his own pain and ignored the laughter from the entire class.


As he slowly made his way up, he looked over at Ness to see if he was just another sheep in the crowd who would join in mocking him, yet he wasn't laughing. He actually looked angry, and when their eyes locked for just a second, Lucas could feel the anger resonating. But the dark-haired boy didn't move. It was as if he wanted to, but was taught not to interfere, or was trying to teach Lucas to stand up for himself. Before the blonde could figure anything out, Ness was looking away, his frown going deeper.

Duster shout at the front of the class.

Lucas gave another grunt and stood up, sitting back into his desk, after catching a quick glance to Ness who was looking the other way, towards the direction of the windows. Even nastier comments were passed to him throughout the day as Mr. Duster took his time phoning for an escort to pick up the troublemaker standing outside, and when he was resuming the lesson.

He never noticed the notes and whispers flowing around the room as they were said while he was talking. The most significant one was a comment from a blonde female with a red bow in her hair who told him as they were passing around worksheets. First period ended, and Lucas rushed out the class. He didn't see Pokey's unpleasantness for now, and traveled to his locker to retrieve his art binder while ignoring the callouts of bullies trying to catch up to him. 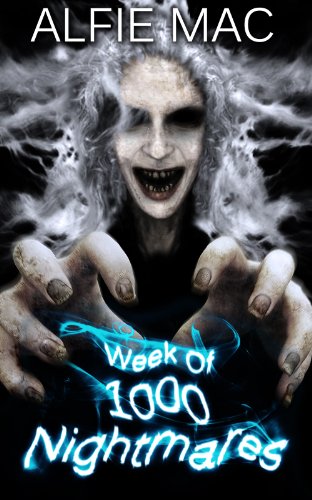 But as soon as he grasped his binder, it slipped out of his hand from the shock of pain shooting his back, feeling the presence of a familiar body behind him. He had him in a neck lock, keeping the blonde from escaping. His hands fumbled to grasp his loose shirt. Pokey insisted it was Lucas's intention, and continued to ask him the same question, pressing harder into Lucas's neck. Both boys heard the yell coming from someone else.

Lucas lifted his head back up and opened his eyes, only to find Ness running his way, his backpack on the floor behind him. His expression was fiercer this time as Pokey quickly let go of Lucas, causing him to fall to the ground in a coughing fit. He straightened up his back, pulling out his shoulders to make himself seem bigger to the taller male.

But Ness didn't back down, and when he saw the state Lucas was in, his knuckles balled up tight and turned white. He's just a stupid fag," Pokey spat out. He turned his attention back to Lucas, readying a punch to send his way, but was stopped as his shirt collar was grabbed. Ness didn't have much more time to do anything else to the downed boy, as the blonde from first period caught attention of the scene and grabbed Ness to suddenly kiss him, leaving a shocked expression all over his face.

A grin was then painted on Ness's face, and he let her grab him by the arm as they walked away. Lucas watched the two leave the scene, staring mainly at Ness's back. He found it odd how sudden his mood had changed with a kiss, and how willing he was to go with the girl.

Lucas slowly got up, looking at Pokey only to see his eyes closed and a small amount of blood coming from his mouth. Ness had surely hit him that hard, and the only thought that came after was that he probably should not mess with the new guy.