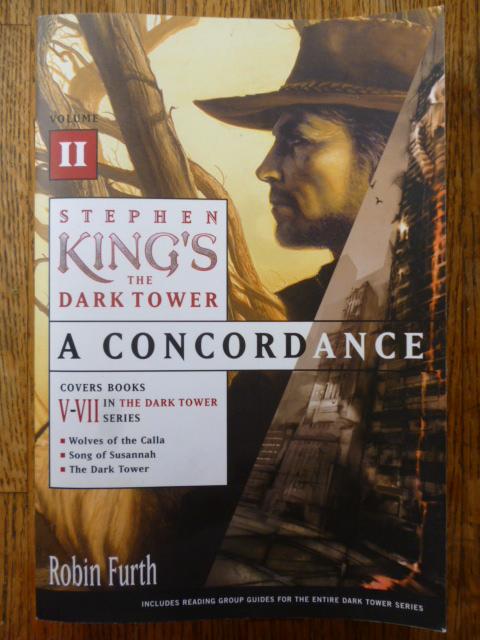 
For those in the know — people who know the difference between ka and ka-tet , who've unearthed the connections peppered throughout King's more popular works, who've been waiting on this movie for ages — this is how it should be. For everybody else, it might prove a little confusing. So, this installment of "Fan Service" is intended to serve a dual-purpose: in addition to recommending a reading order for "The Dark Tower" series and King's related books, the rationalization of that order should with as few spoilers as possible help prep you for the movie even if you don't take the time to read everything before watching it.

There are books and related comics that take place before the events of the first "Dark Tower" novel, but this order tries to preserve the integrity of the series' opening volley — before getting into off-shoots, flashbacks and side stories, your introduction to gunslinger Roland Deschain and his quest for the multiverse-protecting Tower should be given room to breathe. Then, starting with King's thousand-plus page epic "The Stand," things start to get complicated.

Our suggested reading order prunes the branches of the narrative according to a simple ruleset: If a character or setting that appears in "The Dark Tower" series is prominently featured in another King story, it makes the list. It's one of the big appeals of the series that's hard to get across in a jacket-blurb or simple summary: King goes absolutely hog-wild with multiverse stuff and the metafictional implications raised by it all.

He routinely digs back ten, twenty years into his own output and pulls those ideas into "The Dark Tower," gesturing at larger ideas about fiction itself along the way. Towards the end of the series, King wraps in a bunch of characters that appeared first in other books, so those stories take positions on the list before the corresponding "Tower" debuts of those characters. If the connection between a story and "The Dark Tower" is less explicit — if a passing reference could easily be looked past or understood through cultural osmosis — then the book doesn't make the list.

Sorry about that, "It" fans coulrophobics, you can thank me later :. It makes some sense to wedge related stories into longer gaps between the releases of numbered installments — during those times, readers likely would've picked up or re-read King's non-"Tower" novels to suss out connections anyway. Two prequel stories are placed after the fourth book's extended flashback to make for an extended break from Roland's present day. Between writing the fourth and fifth installments, King fretted over how he should go about completing the series.

One particularly unpleasant experience — plus the rise of a certain boy wizard — spurred King to wrap up the series in a concentrated sprint. That started with the release of "Wolves of the Calla" a backdoor sequel to "Salem's Lot" and a revised edition of "The Gunslinger. If you just want to read "The Dark Tower" saga without inserting the other relevant novels, then reading in chronological order still makes good sense more on the "4. As for the comic book adaptations and prequels: while overseen and approved by King, those don't make the list simply because we're sticking to original, from-the-author source material here.

As a suggestion, you should save the comics until after finishing the books, since they've been adapted with the greater arc of the saga in mind. Cobbling together any kind of Stephen King reading list is difficult; he's too prolific and too fond of weaving together his stories. Other "Dark Tower" reading lists proposed by "Tower junkies" over the years proved invaluable in trying to sort out which novels and short stories are truly crucial and should make the cut here.

Still, some completionist out there surely believes that you must read everything King's written to get the "proper" experience of "The Dark Tower. Where "The Dark Tower" leans heavily on the idea of multiple worlds and crossing timelines, King's more mainstream works still dabble in connections and references to each other that don't rely on the "Tower" mythos — King's recurring trio of fictional Maine towns being the most obvious example. It's one thing to remember that one novel takes place in the same neck of the woods as another.

Keeping track of characters and ideas across a thirty year span of King's output is considerably harder. There's no way King expects or demands this level of vigilance from his readers: his official site tracks "Dark Tower" connections in a matter-of-fact manner that helps differentiate simple references from plot points, and he's always known that even some of his biggest fans will never bother making it through the "Tower" saga:.

Sometimes, when I do readings, I'll ask those present to raise their hands if they've read one or more of my novels. Since they've bothered to come at all — sometimes going to the added inconvenience of hiring a babysitter and incurring the added expense of gassing up the old sedan — it comes as no surprise that most of them raise their hands. Then I'll ask them to keep their hands up if they've read one more Dark Tower stories. When I do that, at least half the hands in the hall invariably go down.

The relative obscurity of "The Dark Tower" explains why some of the marketing for the new film goes out of the way to emphasize the connections between it and King's other works:. Another trailer hypes up the idea, but the actual movie clips included tell a different story: the hotel from "The Shining" isn't a location in the film, but there is a framed picture of it. 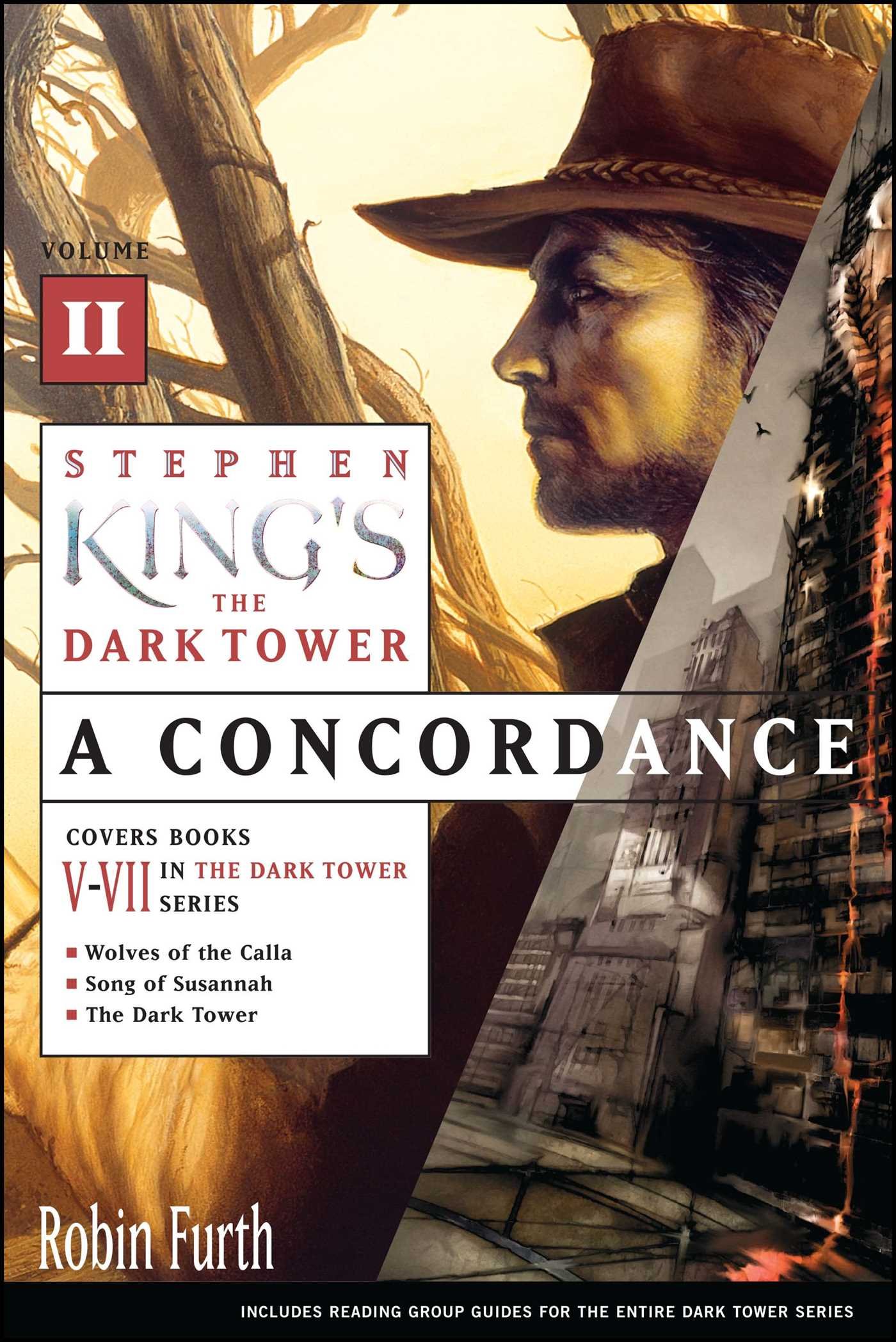 There's a dog that looks like Cujo Pennywise from "It" won't tie into a Stephen King cinematic universe this September — you'll just see his name on a sign in "The Dark Tower. Just like how you don't need to have seen or read these stories by King to get the easter eggs, you don't need to read every last story that's connected to "The Dark Tower" to have a satisfying experience.

In Russian, The Gunslinger , as narrated by Igor Knyazev, [38] does not have any music or sound effects. The multi-voiced audio books should necessarily be mentioned. Being created by Roman Volkov and published by Vargtroms Studio, [39] they contain music and sound effects and make extensive use of voices of children, as well as older persons.

Over a hundred actors have already been involved in the process of narration. The sound engineer of the project is Victor Pocotiljuk who is well known for his work with the rock band Aria.

Thanks to him, this initially amateur project turned out to be a full-size saga with epic music, sound effects and sound-design. The audio books by Vargtroms Studio often include trailers of the upcoming projects, codas and bad takes. From Wikipedia, the free encyclopedia. For other uses, see The Dark Tower disambiguation. Main article: List of The Dark Tower characters.

Main article: The Dark Tower comics. This section does not cite any sources. Please help improve this section by adding citations to reliable sources.