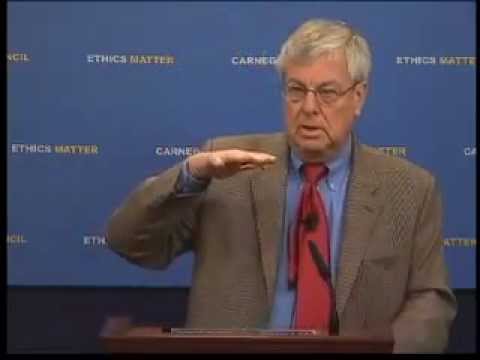 Allied and U. The impact of an integrated fleet of Fs with fused internal pilot combat data and also distributed information out, will allow the US and its allies to rethink how to do 21st century air-enabled operations. As a fleet, the F is an integrated fleet able to share data over great distances via its wave based communications systems.

And it comes as Western forces are augmenting their ability to network forces and to prepare for the next generation of weapons, and learning how to off board weapons, that is one platform identifying targets and guiding a weapon launched from another platform to the target. The F is the first software upgradeable tactical jet ever built; and the evolution of the software will be determined by the operational experiences of the air combat force. And the evolution of the next generation of weapons will be highly interactive with the evolution of F software, either in terms of the integration of weapons onboard the F itself or in terms of its ability to direct strike from other platforms, whether manned or unmanned.

The evolution of 21st century weapon technology is breaking down the barriers between offensive and defensive systems. Is missile defense about providing defense or is it about enabling global reach, for offense or defense? Likewise, the new 5th generation aircraft have been largely not understood because they are inherently multi-mission systems, which can be used for forward defense or forward offensive operations.

Indeed, an inherent characteristic of many new systems is that they are really about presence and putting a grid over an operational area, and therefore they can be used to support strike or defense within an integrated approach. One would put in a particular combat capability — a Carrier Battle Group, Amphibious Ready Group, or Air Expeditionary Wing — to put down your marker and to warn a potential adversary that you were there and ready to be taken seriously.

If one needed to, additional forces would be sent in to escalate and build up force. With the new multi-mission systems — 5th generation aircraft and Aegis for example — the key is presence and integration able to support strike or defense in a single operational presence capability. By deploying the C5ISR honeycomb, the shooters in the enterprise can reach back to each other to enable the entire grid of operation, for either defense or offense. If one is dealing with combat with a small nuclear power, it is not enough to shape a completely conventional warfare strategy. It is incumbent on the force planner to integrate nuclear strike into the planning and in providing a means to persuade the adversary that it is simply not credible to use his nuclear weapons as a first strike weapon or a weapon that can not be neutralized in effective ways by attacks on his C2, delivery assets or storage facilities.

It is about designing from the ground up a credible offensive-defensive capability to effectively defeat a small nuclear power. It is not about wishful thinking or remaining in the rules of engagement shaped in the first nuclear age; it is entering into an age where the use of nuclear weapons can be imagined once again.

It is crucial as well to design weapons which can be integrated into an offensive-defensive or distributed force where very limited use would be envisaged and only in clear need of doing so. It is deterrence based on actual warfighting capabilities; not the words of a diplomatic kabuki dance. The F when married to a small yield nuclear weapon clearly can be a key part of such an evolution. The ability of the F to command situational awareness of degree space and to be able to determine with high precision a target set, and to operate passively while doing so, provides an ideal platform for the delivery of a small yield weapon against appropriate targets as part of an overall campaign against an aggressive small nuclear power.

This design capability will be operational by but the testing and integration of the aircraft with the initial weapon to be carried on the aircraft will take longer.

Currently, only the FA is being considered for nuclear weapons delivery, although it would not take a great deal, to evolve the FC, the carrier-based F, to have this capability as well. The head of the F program, Lt.

General Bogdan has argued that the F will carry an update B tactical nuclear weapon. The weapon is in development and its progress will determine when the integration actually occurs which then will be followed by testing and certification. Asian roots.

The decision to build nuclear weapons does not arise out of national culture, but it does come out of strategic culture. Asian states have a distinct strategic culture. Each side advanced its own international system, democracy and communism. These systems have their own pathologies, but they are not nationalist. Today's nuclear powers are driven by dangerous nationalism.

North Korea seeks nuclear weapons as part of a philosophy of self-reliance and a search for respect; Saddam Hussein attempted to link his regime to King Nebuchadnezzar of Babylon; Pakistan used Islamic fundamentalism to extend its power into Afghanistan and Central Asia. These decisions are both dangerous and misguided. Nationalism drives absurd behavior and strange decisions. The internationalism of the Cold War entailed ideological rivalry but not a destructive vision of national superiority. The Cold War rivals subscribed to the icy rationale of deterrence theory and employed experts to perfect it.

Public opinion did not drive decisions in crises. Nationalistic nuclear weapons states lack these checks on action. They are prone to destructive visions of national dominance and attached to public passion. The cost of defense. In the first nuclear age, both superpowers were relatively rich. The new nuclear powers are generally poor. They cannot afford the kind of control systems the superpowers had. These states tend to run down their conventional forces to pay for nuclear weapons and missiles. This tendency creates a new kind of instability.

In the Cold War, conventional forces functioned as something of a shock absorber. The unreliable conventional forces of the second nuclear age cannot play this role. The tendency to rely on nuclear weapons without a complementary conventional deterrent increases crisis instability by making red lines and escalation thresholds unclear.

This difference entails far greater danger. Second-mover advantage. Today's nuclear weapons states can observe states who went nuclear in the past to find out what works. This advantage creates the likelihood that states will take great risks. The second mover advantage requires that great effort be devoted to monitoring states with nuclear capability. The second nuclear age then requires a massive change in intelligence programs. What links the first and second nuclear ages? The answer is arms control. Arms control arose early on in the first nuclear age to avoid a second nuclear age. The dangers of proliferation were known to both superpowers. Some think that the NPT failed, but the treaty succeeded for twenty-five years. At the time the NPT was framed, the hope was to delay proliferation for five to ten years. What are the policy implications of this analysis?

First, we should look more broadly at what arms control can do. This means conceiving arms control more broadly than treaties. For instance, arms control may entail helping India and Pakistan make their weapons more secure and survivable. Today dangers are incredibly high. A nuclear Iraq, Iran or North Korea is a frightening prospect.