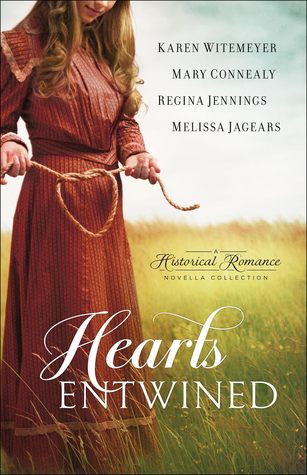 
Ruthie has a new pet in this story, a skink called Lulu! Wildlife research is not armchair work and Ruthie and her family and Linsey get stuck in, another revelation for readers who think that being a wildlife scientist is easy. One does not study an animal or bird without going outdoors for fieldwork, the best way to study their habitat, their food, and the activities that the creatures engage in. Ruthie is such a lovely young role model for readers to emulate, and I really like how author Emma Homes manages to teach while creating a great and new adventure for many kids, who may never have had any close encounters with the animals and birds of their own country.

The story shows very clearly how all of life is entwined, from destruction of trees to changes in environment, and how all this affects the cycle of wildlife; how each creature has its role to play in the ecological chain. The perfect gift for readers who love adventure and the outdoors, and young wildlife and bird enthusiasts. Labels: adventure , animals , Australia , birds , juvenile fiction , outdoors , wildlife.

No comments:. Newer Post Older Post Home. Sorry guys, but USA only. Shipping would make me cry otherwise. This post is part mea culpa and part information overload. The information part has to do with the next books in my Entwined Realms series. The biggest mistake I made was announcing release dates and not meeting them.

Most important thing to me now? Can you tell me? You bet! First up is Stone Embrace top right , which is basically a 50 page extended epilogue to Stone Guardian. Stone Embrace is going to be a free read — it was written as a thank you to my readers. Expect Stone Embrace end of Juneish.

Book Reviews: The History of America and Beyond

What more could you need in a book, other than even more Fallon and Laire who are of course on hand? Nothing, I tell you. The Dream Crafter will be out late Septemberish. Once again, I apologize for the craziness. Take care everyone! One last time, I want to thank everyone for hanging with me and helping me spread the word about Toys for Tots. I had a lot of fun. Okay, enough of the mushy stuff!

We have a Grand Prize Winner to announce! And that winner is….. From about mid-October until Christmas was always a magical and much anticipated time when I was young. Probably not an uncommon statement from a kid. My mom should have been a party planner, because our house was always decked out for the season.


While her favorite might have been Halloween, Mom excelled in overall holiday planning. My mom was a generous lady. She never liked cooking, but she loved to bake the holiday pies and cookies and other goodies that come with the season, and everyone who knew us came away during the holiday season with loads of culinary delights. Several years later we were talking, and in the way of conversations everywhere, somehow that night came up, and I asked Mom what was going on.

She confided that when I saw her, the reality of our situation was none of us kids were going to get Christmas presents. It had been a bad year with lots of doctor bills and not as much work as they hoped to get. Maybe they would be able to get a practical clothing item, but certainly nothing beyond that.

Then she told me that a couple days after I saw her that night, her uncle heard about our situation. Without her or my dad asking, he went out and got presents for us kids and told her that it was his early Christmas gift to her and he would not accept any money or repayment. Mom told me she cried while she wrapped them. What did surprise me was the lurch in my chest at the thought of it as a near reality. That lurch, though, was real. The holidays were a safe and sacred time.

But in my memory, the holidays were apart from that, not touched with the ickiness that could happen at other times. So while Toys for Tots was not responsible for me getting presents that year, I recognize in a deep and personal way the very good work they are doing. Toys for Tots is my favorite holiday charity. There are many excellent charities I celebrate and give to, but this time of year my thoughts and my wishes are for the kids who are not in the best circumstances and are in danger of not having a gift under their own tree.

What I never want them to lose is that safe warmth that should categorize the holidays, a warmth that sometimes might be the only thing that gets them through the rest of the year. Which leads me to the 12 Days of Halloween! My novel Stone Guardian is on a very special sale. From now until Halloween, it is half-off with part of the proceeds going to Toys for Tots! So you get a book for cheaper than usual, and a chunk of the money will be going to an amazing cause!

Ebooks donated by many generous authors gift cards, swag sets, a Coach! An iPad Mini! Yes, you read that right — an iPad mini with a special Entwined Realms designed cover set is the grand prize. This world and these characters have been living with me for the past couple years, so that I now have the opportunity to share them makes me grin ear to ear. Stone Guardian is the first book of the Entwined Realms series.

The series is set in an alternate world — this world looks just like our everyday world, but magic and magical creatures are real and co-exist. So you can be on your way to work and see an elf riding the subway car with you. You can look out the window of your building and see a gryphon flying by.

And of course, there are bad guys. Necromancers bide their time and wait until they can unleash their master plan…. I debated what to put up. In the end, I decided to give you the introduction to two of my favorite characters, Fallon and Laire. They are so much fun and tickle me no end. The bell rang moments before she entered the door. The mood was not a shiny happy one. It was about time to petition for hazard pay. Larissa handed out papers and accepted homework, answered some questions and shushed Jason Evans after he let out a wolf whistle when she passed.

All in all, a normal Monday, making the events of this weekend seem even more surreal. We are going to discuss the Great Collision. As expected, a hush fell over the room. Ah, Jason Evans, star quarterback and all around smart-ass. I do admit though, I never had quite the head for it. Patel to go into details for you. Anyway, the Great Collision. How many is still a question the scientific community is grappling with, but that has no bearing here. What matters for our discussion is two of these dimensions collided. One dimension was very similar to what you see around you every day — skyscrapers, cars, computers — but in this dimension humans were the only sentient race and no magic existed.

Groans sounded then, followed by tales of parental misconduct. Larissa let it go for a few moments before bringing attention back to her. Elves and dwarves existed here, as well as countless other races and magical creatures. For simplicity, we have come to label these dimensions the Human Realm and the Magic Realm, though humans did exist in the Magic Realm. A hand rose at the back of the class. Larissa nodded. Taneasha Jackson reminded Larissa of herself at a younger age, too smart by half and surrounded by family who protected her to the point of suffocation.

Dogfight – What is it?

The young woman was more likely to be found in a library than at any of the school events. This is caused by Necromantic magic. Not at all, if she had a choice. An eye hanging out of its socket , and she rubbed the heel of her palm against her forehead as if the motion could erase the image. Only the strongest of Necromancers become true Vampires. Jason leaned back in his seat, a satisfied smirk over his mouth. Taneasha spoke again. I really want to see a unicorn one day.

It was almost scary how the young woman echoed her own younger years.

Not until three days ago. I want to see gryphons, basilisks, dragons, like that. And from the doorway came the response, the voice a smooth feminine growl. The textbook Larissa was holding slipped from nerveless fingers, causing a sharp crack as the second silence of the morning fell over the classroom. In the open doorway stood the redheaded woman from Friday night, her gaze locked on Larissa as she leaned against the frame, her arms and legs crossed in what would have been a relaxed posture for anyone else, but on this woman it seemed more akin to leashed watchfulness.

Having a dragon fly overhead would not be my idea of a good time. She was the very definition of an Amazon — taller than some men with broad shoulders and long limbs displaying muscle, but her evident strength only highlighted how very feminine she was. She had classic features most women would kill for and hourglass curves her musculature enhanced. I want to see her. I missed all the excitement, remember? This woman was short. Very short. So short even the platform heels on her shoes only brought her to average height.

Dogfight – Put to The Acid Test

She was wearing an elaborate jade green kimono — except unlike a traditional kimono the skirt ended mid-thigh — with matching jade hair styled in three rolls and piled so high it added an extra half-foot of height to the woman. It was hard to tell what age or ethnicity the woman was under her dramatic kabuki make-up. Best guess, early-to-mid-twenties, and Japanese but mixed with some European ancestry.

The unnatural quiet the class had been under broke. With one voice, her students started calling out questions — about the women, what they were doing here, why did they want to talk to Miss Miller? Please step outside with me.