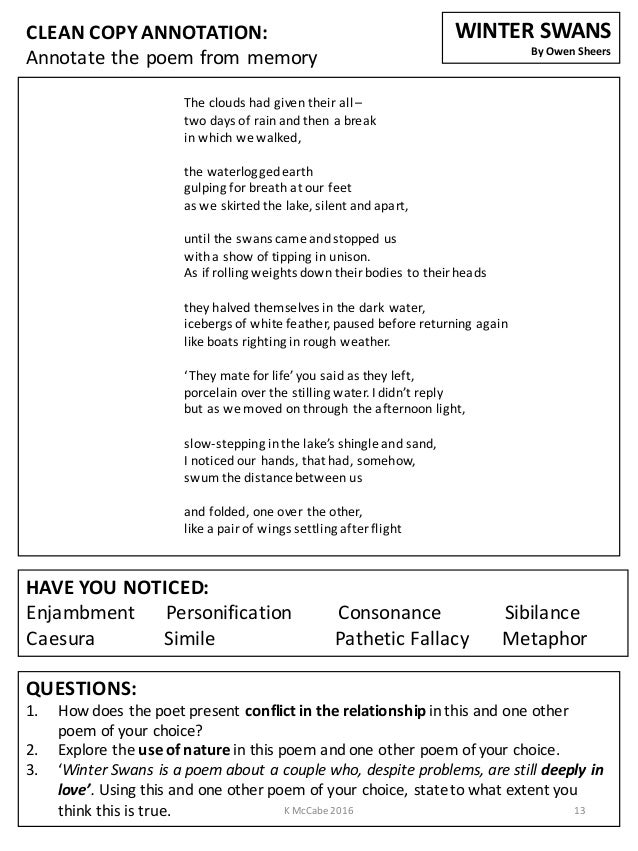 Often a worse one: the tweet of characters is not a useful way of discussing issues of any aesthetic or political complexity, and too often results in mobbing, take-downs and self-righteous conformism. What should be a democratising medium creates its own little hierarchies. Noise it would be best to switch off before trying to write a poem.

Tell me a bit about it. Are these poems about your own life? There are a couple of poems about my parents who died during the time of writing. One about my father is also an offensive account of the architecture of a nearby church and then turns to the Second World War; the other about my mother concerns a Liverpool park.

They ought to put me on cigarette packets.

These poems are local but much of the collection is set in other places—Italy, Spain, Slovenia, France. You have to hear that other voice. You might say better him than a talentless person who does know the language. Not entirely. I know the process both ways.


However, my feeling is that you do a better job—or at least I do—knowing the other language. Going back to what I was saying earlier, with translation as with poems, I tend to prefer looking out than in. What tends to occasion a new collection for you? Difficult to say. There has to be a cut-off point. Most of my books have, however, ended up around the same length, and that may be mainly to do with what I was trying to say before: that I can see a shape to it.

And that could have, and certainly has had in more than a couple of my books, a thematic element—volcanoes in one, prisons, invasions and obituaries in another. What usually happens after is I shut up shop for a year or so, and have to put up with a bit of a dead stretch. It could be said to deplete energy. Ill-paid, unhealthy work.

Having overcome one problem in translation equips you better for the next, and may even help with obstacles in your own writing. Three of your picks are from , and two are from This time lag has something to do with the nature of poetry. And this last year, the demands of translating and of putting together a book of essays have left me even less time than usual for contemporary poetry. Another factor—which is true for everyone—is that poetry collections need to settle in your mind.

American Sonnets for My Past and Future Assassin interrogates issues of race, gender, sexuality and politics in America. By comparison, Lowell sounds heavy and armour-plated. What comes over in Hayes is an attraction and a resistance to the form, or as one poem puts it:. I lock you in an American sonnet that is part prison, Part panic closet, a little room in a house set aflame.

I lock you in a form that is part music box, part meat Grinder. He is playing with the form and history of the sonnet with great awareness and making it responsive to the political moment: the verbal wit and play, and the urgency are what struck me most. Yes, a wonderful poet and translator. It was written in his early twenties, and he already seemed fully formed as a poet.

Even there he moves between cultures and languages with ease and rapidity, in a way none of his contemporaries would have thought of doing, or been able to. By Paolo Volponi. Translated from the Italian by Richard Dixon. Kafka's Monkey and Other Phantoms of Africa. An examination of the effects of migration, religious and ethnic identity and postcolonial history on contemporary France. By Seloua Luste Boulbina. Translated from the French by Laura Hengehold. Available July 1 from Indiana University Press. An untalented singer, catapulted by media attention, becomes a star in this satire of the Weimar Republic.

The Tragic Relationship of Sylvia Plath and Ted Hughes

Translated from the German by Sophie Duvernoy. In this existential detective story, residents of a small village start to disappear. By Jean Giono. Translated from the French by Alyson Waters. Rogue police officer Henry Hole is given a new start in the cold case office at the Oslo Police, only to wake up one morning with blood on his hands that isn't his own. Translated from the Norwegian by Neil Smith.

Available April 30 from Transit Books. By Lu Yao. Translated from the Chinese by Chloe Estep. Available March 19 from Amazon Crossing. A novel-biography hybrid of the English painter David Hockney, charting his college years through the turbulent era of the AIDS epidemic. By Catherine Cusset. Translated from the French by Teresa Lavender Fagan. Available May 14 from Other Press. The author's sixth novel weaves together a series of murders and the story of two gay Catholic priests who become lovers. By Jaime Manrique. By Hans Blumenberg. A debut novel about the emotional journey of a young woman who was raped as a child.

Translated from the French by Tina Kover. Available March 19 from Europa. A father, his grown daughter and a cat embark on a road trip that takes a bizarre, revealing turn. By Pascal Garnier. Translated from the French by Gallic Books. Available August 20 from Gallic Books. By Enrique Vila-Matas. An unnamed narrator, her lover and her androgynous roommate are caught in a fraught love triangle.

By Ingeborg Bachmann. Available May 28 from New Directions. By Asja Bakic. Translated from the Croatian by Jennifer Zoble. Available March 19 from Feminist Press. A renegade Dutch colonial struggles to end the exploitation of Indonesian peasants. By Multatuli. A young novelist and her editor try to preserve literature on an unnamed island where things begin to disappear. By Yoko Ogawa. Translated from the Japanese by Stephen Snyder. Available August 13 from Pantheon. In this second book of the Mirror Visitor Quartet, Ophelia, promoted to Vice-storyteller of Pole, finds herself implicated in a criminal investigation.


By Charles den Tex. Translated from the Dutch by Nancy Forest-Flier. Available June 4 from World Editions. 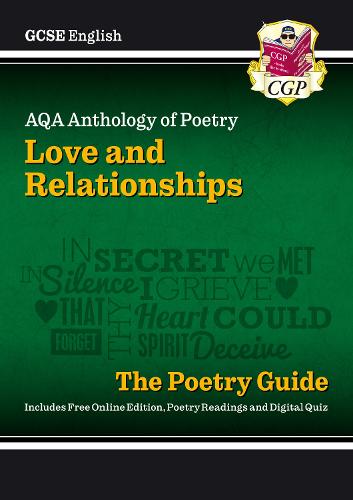 Available March 29 from New Directions. Rozenbaumas traces his Lithuanian boyhood, his years in Europe and Central Asia, his escape from Soviet Russia and the new life he builds in Paris. By Moishe Rozenbaumas. Translated from the French by Jonathan Layton. Available June 3 from Syracuse University Press. The story of an Argentine woman told through her relationship with various artists and their works. Available April 9 from Catapult. The first English translation of Braudel's classic text examining two distinguished centuries of Italian history.

By Fernand Braudel. Available July 16 from Europa. A thinly disguised recounting of the assassination of the Russian Grand Duke Sergei Aleksandrovich that reveals the violent and shadowy workings of the political underground of pre-revolutionary Russia. By Boris Savinkov. Translated from the Russian by Michael Katz. Available May 28 from University of Pittsburgh Press. By Nicolas Mahler. Translated from the German by James Reidel. An argument for the rigorous investigation and analysis of Indian history, to better understand the present.

By Romila Thapar. A collection of poems exploring deep connections to place, particularly the mid-Atlantic islands of the Azores. By Pedro da Silveira. Translated from the Portuguese by George Monteiro. Available May 18 from University of Massachusetts Press. Ellinor, a smart and unsentimental woman, gets stranded by a snowstorm with a literary critic after trying online dating.

By Lina Wolff. Available April 2 from And Other Stories. By Hwang Sok-yong. Available April 16 from Scribe Publications. An exploration of an album of drawings created by the Italian painter Giovanni Domenico Tiepolo. By Giorgio Agamben. Translated from the Italian by Kevin Attell. By Mia Couto.

Translated from the Portuguese by Eric M. By Mahesh Elkunchwar. Three friends in modern-day Santiago take a road trip across the Andes, confronting generations of family pain and the legacy of Chile's dictatorship. Translated from the Spanish by Sophie Hughes.

Available August 6 from Coffee House Press. The friend of a dead pop philosopher impersonates him at a symposium for historians in Vienna. By Joost de Vries. Translated from the Dutch by Jane Hedley-Prole. Available April 30 from Other Press. Short essays that explore how the seemingly irrelevant details in art show the sublime in the everyday.

By Michel Leiris. Translated from the French by Christine Pichini. Considered the most important work of 20th-century Urdu fiction, this book follows four central characters over the course of two millenniums in India. By Qurratulain Hyder. Translated from the Urdu by the author. Twelve short stories from a contemporary Russian master of the form, translated into English for the first time.

By Maxim Osipov. An environmentalist, assisted by a call girl and a disgraced military officer, tries to save the elephant species from extinction. By Romain Gary. Translated from the French by Jonathan Griffin. Available June 1 from David R. A group portrait of citizens from all walks of life, mixing reportage and fiction, that illuminates the Soviet Union and its demise. By Levan Berdzenishvili. By Jozef Wittlin. Translated from the Polish by Patrick Corness. A selection of the Nobel Prize winner's journalism from the late s to the mids.

Translated from the Spanish by Anne McLean.

Available May 14 from Knopf. A novel based on the true story of an Italian lawyer and journalist who discovered a secret organization of priests, politicians and regional luminaries in Sicily. By Andrea Camilleri. Translated from the Italian by Stephen Sartarelli. Available March 12 from Europa. Available March 26 from Yale University Press.

By Ruth Lillegraven. Translated from the Norwegian by May-Brit Akerholt. The story of an Iraqi refugee living in Germany whose right to asylum has been revoked in the wake of Saddam Hussein's defeat. By Abbas Khider. Translated from the German by Simon Pare. In the span of a night, a widow recounts a shameful incident with her husband, exploring rage, jealousy and fresh starts. By Margriet de Moor. Available May 7 from New Vessel Press. The arrival of a wind farm disrupts the superficial harmony of a town, with disturbing consequences.

By Bram Dehouck. Translated from the Dutch by Jonatyhan Reeder. Available June 11 from World Editions. By Claudio Magris. By Maurizio Torchio. By Adonis. The story of two young poets in Mexico City trying to make it in the literary world. A paraplegic man — the onetime vocalist in a famous rock band — composes an anti-biography that is corrected and expanded upon by an unknown editor.

Mishima, who was an actor himself, paints a pyschological portrait of a celebrity slowly unraveling. By Yukio Mishima. Translated from the Japanese by Sam Bett. A son leaves his family's adopted home, Germany, to travel to Beirut in search of his missing father. By Pierre Jarawan. Available April 9 from World Editions. By Walter Benjamin. Translated from the German by Tess Lewis. The Strange Journey of Alice Pendelbury.